One By One by Ruth Ware 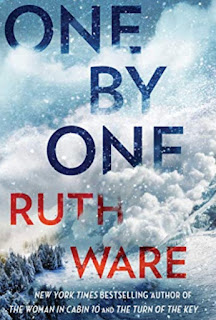 For those of us who read mystery novels you can usually figure out who the murderer is midway in the book.  I did and while I was hoping for a good twist near the end (which I did not get) it was still a decent mystery.  You have a group of people stranded in a French chalet and there is a murder.  One of those people is obviously the murderer.

This reminded me so much of the plot in The Hunting Party by Lucy Foley although the Foley book is set in Scotland and Ware's is set in the France.  In both books you have a male and female "host" (read that as employees) of the lodge/chalet.  The guest party consists of well educated snobby city folk who arrive at an isolated vacation locale.  Weather locks them in but the lockdown doesn't occur until a death is discovered.  In The Hunting Party it's heavy snowfall keeping them from the outside world.  In One by One it's also snow with an included avalanche.

It's not a rip off book plot but there are great similaries.  For what it's worth I liked The Hunting Party more however I will read more by Ruth Ware.

Ruth Ware is a British psychological crime author living in England.  She has quite a few books published and I look forward to exploring more by this author.

The Moth Catcher by Ann Cleeves

We start this Vera Stanhope mystery in Northumbria in a small community called Valley Farm. Ann Cleeves is such an excellent author, bring... 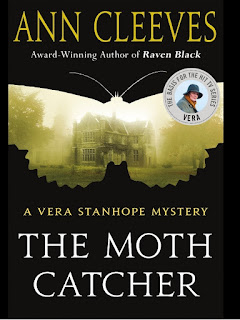