News of the World by Paulette Jiles 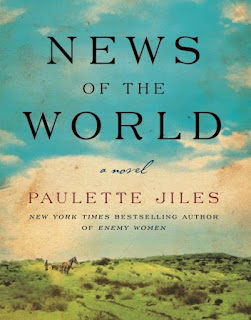 We begin this story in 1870, Wichita Falls, Texas, with Captain Jefferson Kyle Kidd looking over the newspaper stories he will share at his reading in town.  As the DVD is out, and no I have not seen it yet, I do know the main character is played by Tom Hanks.  His is the voice I hear when I read this narrative.

He is approached by Britt Johnson, a freed black man, to deliver a a ten year old white girl to her surviving family.  The U.S. Army recently rescued the girl but they no longer retain responsibility to return those captured to their families. She was taken captive by Kiowa Indians, her parents and siblings slaughtered, and she had lived with them these past six years.  She loved her Indian mother and her life with the Kiowa and has forgotten about her past.  Forgotten her native German language, does not know English and is as feral and fierce as her adoptive indigenous family.

Cicada, birth name Johanna has escaped twice and is hellbent to return to the Kiowa. While Captain Kidd does not know about Indians, he does know about girls as he raised two daughters.  He accepts the undertaking and it's quite a journey between these two. An old Confederate war veteran aged 72 and a 10 year old girl full of mistrust.

It's quite a journey through northern Texas and Indian country and I hung on to every word.  As a matter of fact, the ending of this book brought tears to my eyes and it's been a long time since a book elicted such emotion at the conclusion.

I am very much looking forward to the movie now.  It will be interesting to compare the book to the movie.

Sharing with Marg at The Intrepid Reader for the 2021 Historical Fiction Reading Challenge. 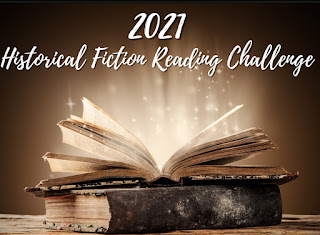 Marg of The Intrepid Reader blog is the host for the Historical Fiction Reading Challenge in 2021. T he sign up page may be located HERE so check it out if you'd like to join in.

Watch Her Fall by Erin Kelly

Erin Kelly takes us deep into the world of a Russian ballet company detailing sacrifices and deception in this twisty narrative.  The sett... 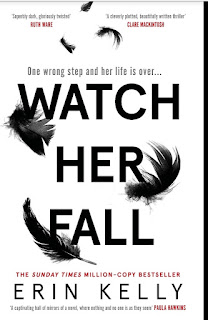