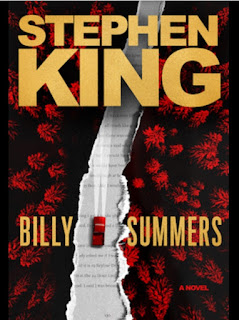 Billy Summers is going to go on my favorite-books-of-the-year list.  As I'd mentioned in previous posts I am definitely not a fan of the horror genre so I've never read anything except Pet Sematary by King in years past. Then he switched gears and wrote 11/22/63 which was amazing and I now look forward to his crime novels.

Totally engaged - Stephen King had me with the first chapter of this book about Billy Summers, a sniper/hit man who only kills bad guys.  He puts on the dumb act with the nefarious Nick Majarian as he accepts what is he says is his last job.  There is a huge payout and Joel Allen, the intended victim, is a very bad guy.

Nick sets Billy up in a suburban working class neighborhood in an unspecified southern state.  It's here King excels at writing about a typical blue collar neighborhood, playing monopoly with families, having a few beers and BBQ dinners with the neighbors.  He puts you right there, you are in that party, playing that game.  It's so real.

Anyway, Billy (aka struggling author David Lockridge) successfully blends in with the neighbors and  pretends he is an author.  As a writer he keeps erratic hours and rents office space in building across from the courthouse where Joel Allen will eventually be tried for murder.  Once he is brought out of the police van Billy will have his shot and disappear.   Sounds simple but the detailed complications and an obvious setup has Billy making his own plans for disappearing. Nick has a great plan to get Billy out of the area and sent to a safe house but something gets Billy's spidey sense activated.

Billy Summers is the "bad guy" you'll be rooting for, wanting to see him put one over on all the hooligans who decide his dumb act is real. He was a Marine and learned to take care of himself and his fellow Marines; that in itself is a story within a story in this novel. His background story has some heart breaking moments and you find yourself liking Billy from the first chapter.

A complication comes along in the form of one Alice Maxwell, a young woman who was assaulted by several men and dumped out of a van.  Billy intervenes in more than one way and Alice becomes a character you will like. Wish I could go on about the plot but it would be better to read the story and have your own surprises.  Here's hoping  a mini series is inspired from this story.

For what it's worth, King expressed his desire to see Jake Gyllenhaal perform the role of Billy Summers and after reading that, Jake is who I pictured as I read. 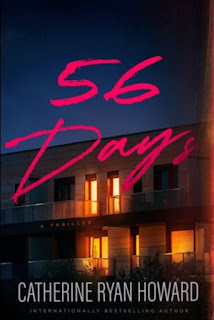