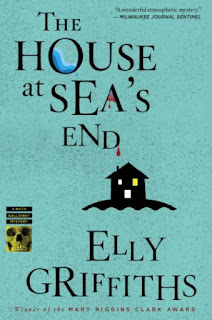 The next two books in the Dr Ruth Galloway series may wrap it up for me.  I was very enthusiastic about a series with so many books and the first book grabbed me immediately.  This one was....meh.

Ruth is having a hard time with balancing motherhood and an active career.  She feels relief when someone takes Kate so she could get in the trenches and dig, fully immersing herself in her job. The author writes about Ruth's love of her work, mentioning the constant calling in of a child minder to babysit a few hours longer so she can work, making her feel alive and fulfilled.  Yet, she won't allow Kate's father to take a hand in her upbringing.

This is not a crack at single mothers and the balancing act, it's just that it's mentioned so many times in the books.

Here is a loose breakdown of the plot separating the police investigation and the personal side stories.

Investigative storyline: There is a house situated near the sea which is in danger of being overtaken by the rising waters.  Every year more beach is shaved off so it's inevitable the house will tumble in the future. The house is owned by a rich family with deep roots in the community.

A group of archaelogists are roaming the coastline near this house as they research coastal erosion.  They discover six bodies a crevice of a cliff.  The bodies are actually skeletal at this point, hands tied behind their backs and evidence of an execution style death. Ruth is called in as the senior archaeologist and bone expert.

DI Harry Nelson arrives to handle the situation in case as it's clear the remains are not from Roman times.  Lots of suspects and secrets.

Detective Sergeant Judy Johnson is about to be married to Darren, a man she's known since childhood.  But then she is attracted to Cathbad (for whatever reason) and goes to bed with him.

DI Harry Nelson is attracted to Ruth and concerned for their baby.  He continues to lie to his wife and wants to take a part in Kate's upbringing. Ruth always refuses, yet she seems to yearn for his attention whilst simultaneously pushing him away.

Ruth's good friend Shona is seeing another married man and this time, Shona gets him to leave his wife.

My thoughts on continuing:  The first book grabbed me with the excavations, Roman history and the vividly depicted Saltmarsh in Norfolk. As I mentioned in my review of The Janus Stone, the romantic and personal stories as a subplot was fine but I didn't want it to dominate the series.  I want mystery and police investigations.  Alas,  the relationships are getting an equal share of page time and I think I will take a break from the series.

So many books here at the house as well as on my Kindle so if I get back to this series it might be a while.  It had promise. 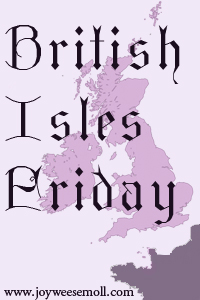